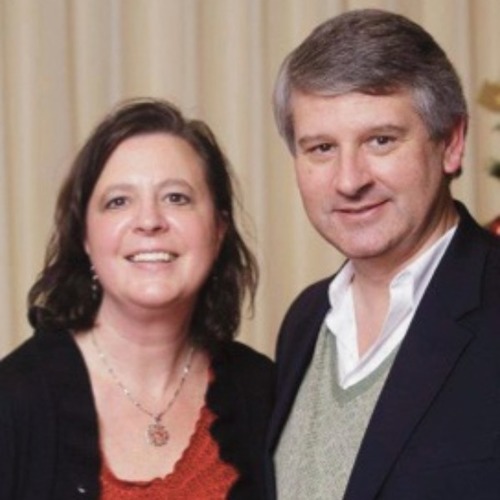 Mark was born in Springfield, Ohio and later in 1981 while attending Miami University of Ohio in Oxford, Ohio, he became a disciple of Jesus Christ. He moved to Boston in 1985 where he met his wife, Catherine, who was born in New York City, and grew up in Greenwich, Connecticut. Catherine became a disciple of Jesus Christ in 1983 while attending Harvard University in Boston, MA.  Catherine also attended the Harvard Graduate School of Education where she received her Masters of Education in Counseling and Consulting Psychology.

Mark and Catherine moved to Miami, Florida in 1989 and served in the full time ministry helping with the youth and campus ministries where they were married in December 1989. They moved to Tallahassee, Florida in 1992 where Mark completed his Masters in Education at Florida State University. From there, they moved to Los Angeles, CA in 1996 where Mark became a high school teacher with the Los Angeles Unified School District.

Mark serves as an elder in the Westside Church in West L.A.. Catherine has worked for the non-profit organization HOPE worldwide since 2011. Mark enjoys all things related to sports, and Mark and Catherine both love attending sporting events. In his spare time he enjoys reading and studying history. Catherine also enjoys swimming, cooking, and taking long walks. They have two grown children, Justin and Alexis, who are both married and serving in the full time ministry.

Subscribe to receive email updates with the latest news.